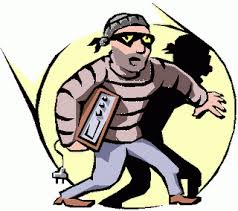 Translation scammers are getting more creative day by day.

The latest scam, which (perhaps not surprisingly) seems to have its origins in Nigeria, is aimed at translation companies and works as follows (based on an actual case):

Email from fake client who goes by the name of “Thomas Grey”.

Scam translator who goes by the name of Aminu Mohammed Fake translator relying on his role as a “devoted Muslim”.

In this instance, though seemingly brilliant, the scammers left too many clues:

How to avoid being scammed: