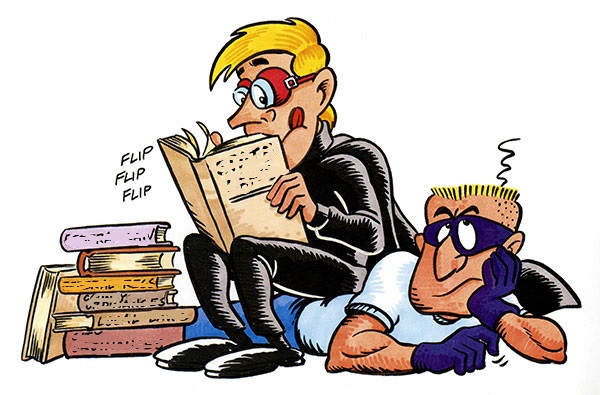 Watch Out for the Latest Interpretation Scam – UAE Watch Out for the Latest Interpretation Scam – UAE

With Covid-19 panic shutting down economies in countries worldwide and millions of workers in lockdown or quarantine conditions, scammers are stepping up their attempts to fleece professionals, taking every opportunity to shake their victims down.

This time they’re getting hungrier – and bolder. Of course, when someone at our online office saw an RFP email from “ADNOC”, it seemed like a wonderful opportunity for members of the Red Sea team or our partners. It looked too good to be true – and experience has taught us that if something looks “too good to be true”, it probably is!

So we took basic precautionary steps:

STEP 1: Who was the email actually from?

In this case, it was a dead giveaway, the email came via zohomail, using an address from a .com site, not an authentic ADNOC website.

The responses were to be sent to the same email at the site impersonating ADNOC using the same cheap .com site:

Of course, the fake site, http://adnoc-bidding.com was set up to redirect directly to the legitimate ADNOC site – but that is a simple, easy trick any website administrator can do.

Moral of the story? We have to keep our wits about us and check and double-check any attractive offers. Failing to do so means, at worst getting scammed – and at best, wasting valuable time.

The Forum, chaired by Moosa Khoory, head of the bank’s Sharia Department, covered topics such as:

The Red Sea Team were all on hand to ensure everything went smoothly.  One of the region’s top Arabic-English interpreters also partnered with the Red Sea team for the event.

A special word of thanks to ROI – ME DMCC (who invited the Red Sea Team to participate) – and especially to Ms Monica Chikani and her team for their exceptional levels of professionalism: 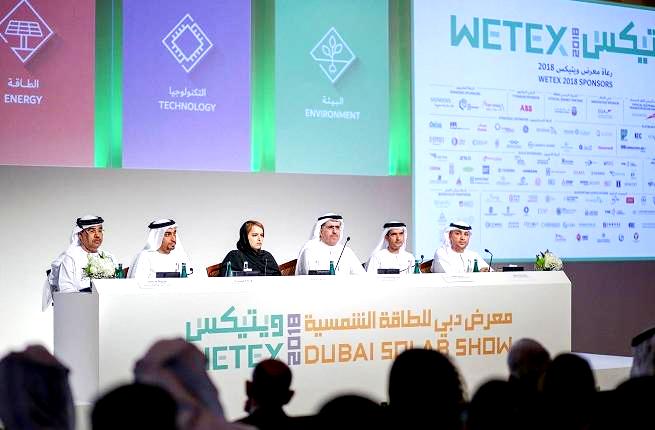 WETEX, will be held from 23-25 October 2018 at the Dubai International Convention and Exhibition Centre and will cover an area of 78,413 square metres, with the participation of more than 2,100 exhibitors from 53 countries. The exhibition under the theme ‘At the forefront of sustainability’, will be organised under the umbrella of Green Week in conjunction with the third Dubai Solar Show, the region’s largest solar energy exhibition, covering an area of ​​14,000 square metres. A speech by HE Saeed Mohammed Al Tayer, MD & CEO of DEWA and Founder and Chairman of WETEX was followed by a question-and-answer session and Adel covered both sections, as well as the introductory speeches by the M.C. of the event.

The conference was extensively covered in both local and international media and we list one of the articles below: 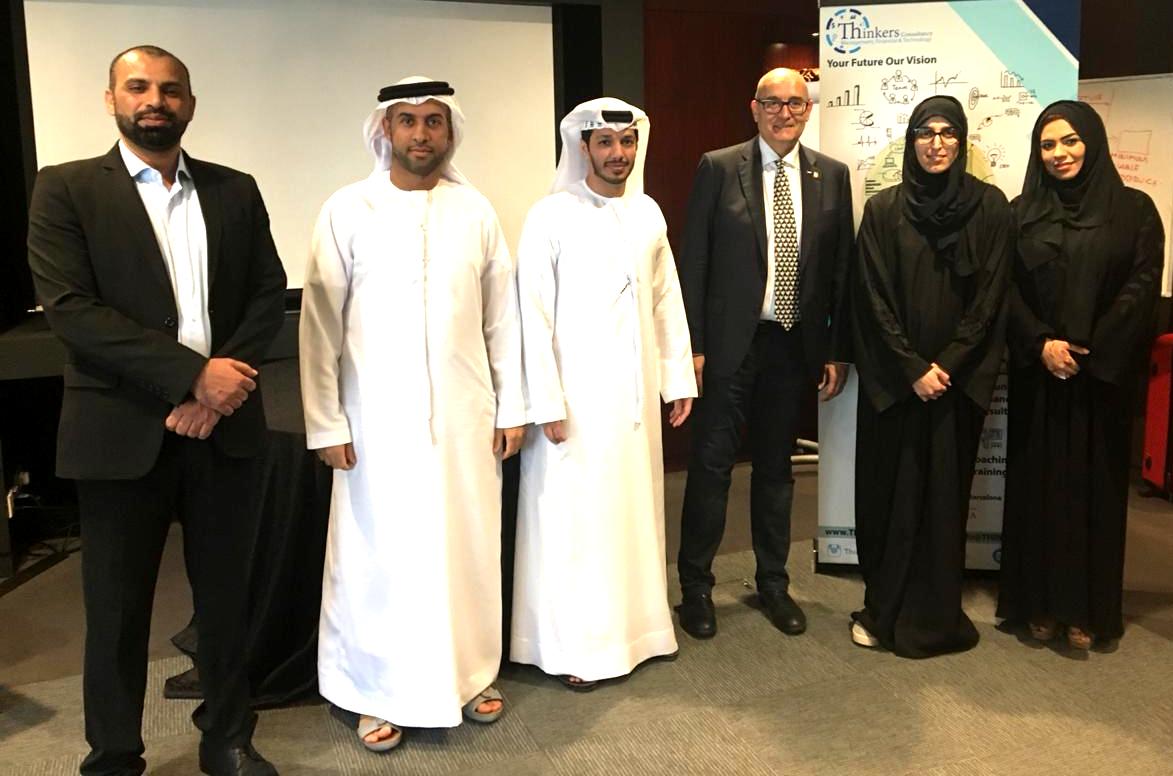 The three-day interactive workshop included sessions with LEGO® and was facilitated by a professor from Spain. The delegate’s leadership agility came into the spotlight as they developed various models as part of their innovative planning. Adel reported that he tried to use an interpreting style that would bridge the cultural gap between the delegates and the facilitator as he tried to convey each side’s messages, making the interpreted messages interesting and avoiding verbosity that would be over the heads of the delegates. 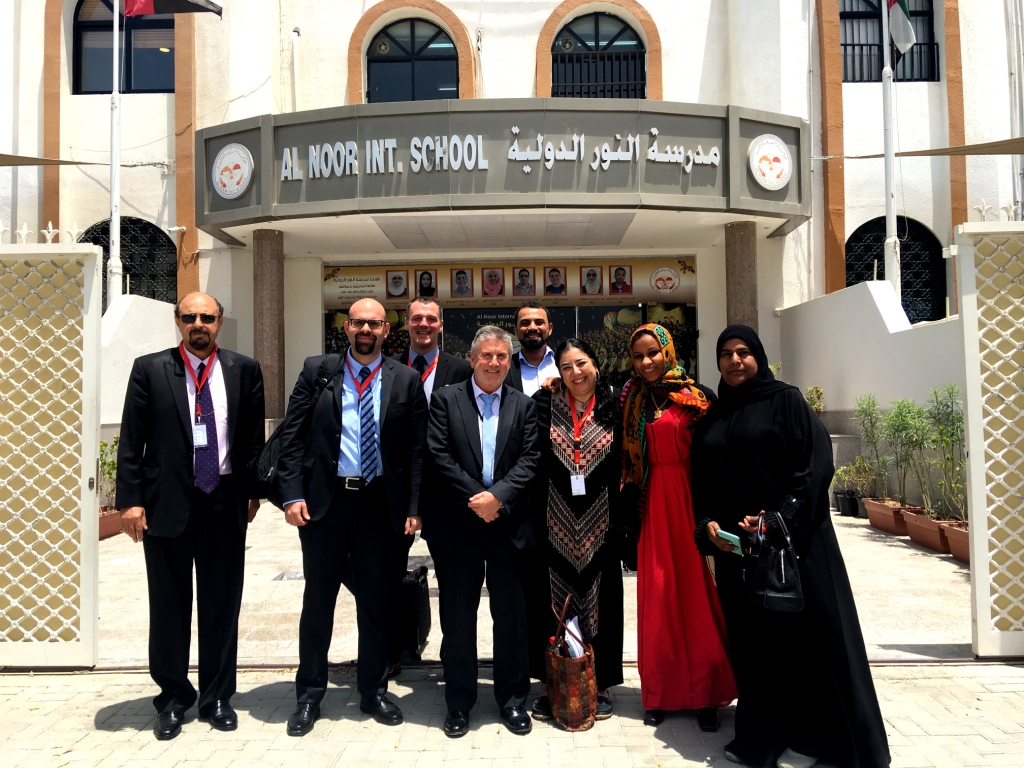 NORTHERN EMIRATES – MAY 2018: Red Sea’s Adel Alhaimi was recently invited by Alwadi Translation Services (http://alwaditranslationservices.com) to conduct a four- week Consecutive Interpretation assignment as part of the UAE’s School Inspection initiative. The inspection formed part of Abu Dhabi’s drive to assess the standard of education being offered in local schools, to ensure national education remains in line with the goals and objectives of the UAE National Agenda.

The inspections covered areas such as the extent to which the schools fulfilled the educational aspirations expressed in the UAE National Agenda and Vision 2021 – and included aspects such as innovation, inclusion, self-evaluation, and the educational needs of gifted and talented students.  Assessments were conducted in line with the School Inspection Framework which spelt out the criteria on which each inspection was based. Adel translating and interpreting during a school inspection visit

The framework was initially released during 2015 and was revised for the 2017/2018 school years.

Each of the four schools covered by the team took five days to assess and the schools inspected underwent a rigorous inspection process.

Adel, with his background (and keen interest) in education had this to say about the assignment:

“All in all the experience has been interesting and enjoyable, everybody enjoyed it, we learned from one another. It was particularly interesting to learn from the international assessors who shared their individual inputs and who made invaluable recommendations to the principals and educators.”

DUBAI AND ABU DHABI – DECEMBER 2017: Not even two weeks into December and it was already evident that peak season for conventions and conferences had arrived. This period spells a high-adrenaline time for freelance simultaneous interpreters like Red Sea’s Adel Alhaimi, especially as advance preparation is crucial to operate effectively in this field.

Some of the bigger conferences Adel assisted in during the past week were:

This prestigious event was held in Dubai, hosted by the UAE’s Roads and Transport Authority (RTA). Behind the mic – Adel getting ready to interpret – RTA Conference Dubai The summit conference was administered by Connec-ME Education and was held in Abu Dhabi on 12 December 2017. Working in seclusion behind the scenes, it is easy to overlook the critical contribution of the Simultaneous Interpreter – Adel at the Empowering Youth summit

The week also included a short project for a medical conference at the well-known Cleveland Clinic (Abu Dhabi) at the request of the Tarjama Translation company. 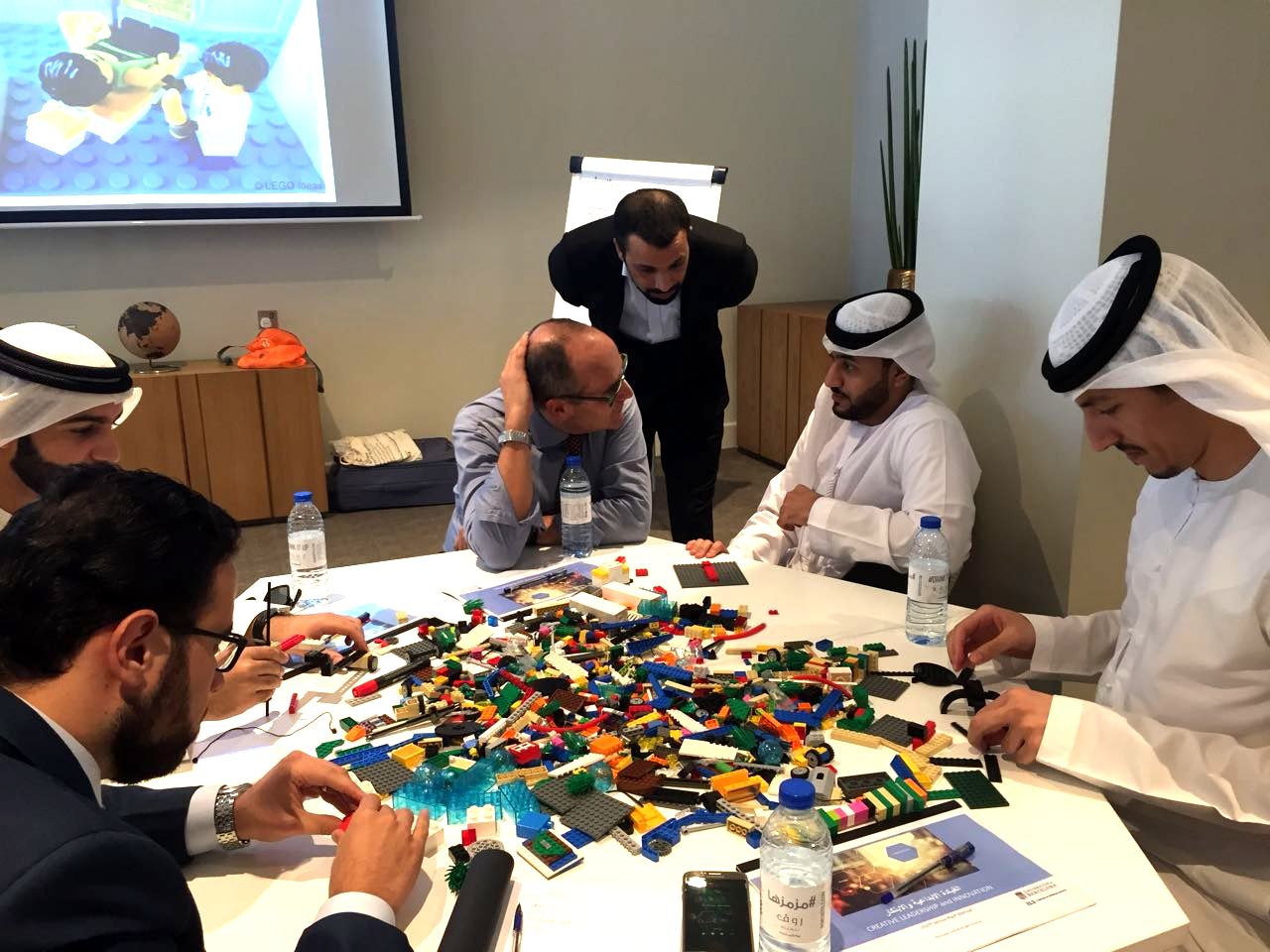 DUBAI, OCTOBER 6, 2017: Red Sea’s Adel Alhaimi enjoyed a day immersed in LEGO and innovative ideas when he was invited to assist with Consecutive Interpretation for a course on Creative Leadership and Innovation in Dubai’s Rove Downtown Hotel. Life has its lighter moments, even in the life of an interpreter (which can become a stressful swirl of technical jargon at times) and it was refreshing for Adel to participate in a program designed to stimulate creative thought and innovation. Despite the seemingly “fun” aspect of such a course, the demands on the Interpreter still remain high, with a need to remain creative – so as to facilitate communication in a way that will complement the program. 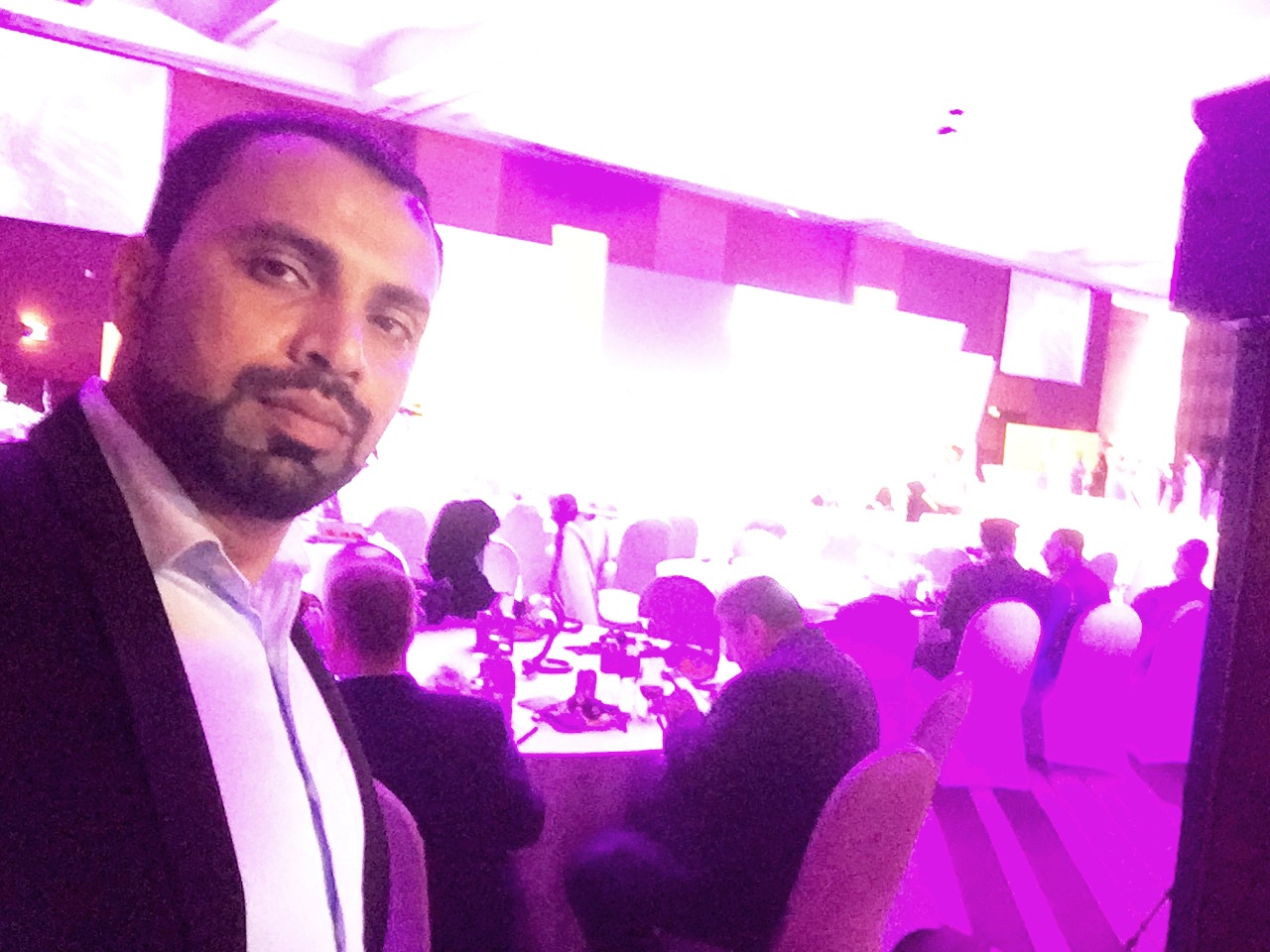 Adel assists with interpreting at the International Civil Defense Day Conference in Abu Dhabi. The Conference took place on 6 March 2017 and the focus was on Fire Prevention and Adel was privileged to attend, assisting as a Simultaneous Interpreter. Adel giving us a wave from the Translator’s Booth, Fire Prevention Conference

ABU DHABI : More fire stations and better training for security guards in building safety are two of the new measures designed to cut fire deaths in the UAE by 15 per cent in the next four years.

Civil defense commanders on Monday also announced plans to cut the number of fires by 10 per cent.

Officials said the average response time has fallen to 7 minutes and that more stations will open to further reduce that.

They also said building employees and residents can do more to help reach these goals.

Major General Jasim Mohammed Al Marzouqi, Commander General of Civil Defence at the Ministry of Interior, said in many cases residents have 90 seconds to get out of a burning building before the risk of casualty rises significantly.

“This is the most critical time in every fire,” he said at the International Civil Defence Day conference in Abu Dhabi on Monday.

“We are faster than the international standard response time to a fire, which is 8 minutes. We have already achieved 7.1 minutes.

“Unfortunately, the civil defense can’t reach there during that very short time [90 seconds].

“So, we aim to further reduce fire response times by opening more fire service stations and training more residents of buildings, the community and security guards, who are the first to respond to fires.”

Typical training and advice includes how to alert occupants to a fire, going from door-to-door and checking handles for heat before carefully entering a flat.

Security officers are advised to ensure they do not break glass in buildings that could allow smoke to escape into public areas.

“The idea is not how you respond to the incident, but the idea is how well you train the people who are first responders to the scene.”

Maj Gen Al Marzouqi said the ministry has set targets for each emirate to ensure all are up to standard.

UAE law states that all building owners must train a number of occupants depending on the size and height of the building.

In a low-rise building of less than 15 metres in height, 10 per cent should be given fire training.

In a high-rise of 23 metres or more, that should rise to 30 per cent of occupants.

“Technology keeps evolving but that still can’t solve the problem of firefighting until we invest in human resources and the community – and professionally train them,” he said.

“Homeowners, industry workers, schoolteachers, medical professionals and everyone in the society needs to be trained.”

In addition to improving the response time to fires, experts said much more could be done by homeowners and residents.

Dubai Civil Defense has estimated that 70 per cent of fires are caused by either electrical short circuits or goods stacked up on balconies.

There are 20 fire safety regulations being introduced, including the need to install fire alarms in private villas.

Salem Al Qassimi, director of product conformity at the Abu Dhabi Quality and Conformity Council, said: “We are working with civil defense on three things – enhancing quality standards of products in Abu Dhabi to take those to the higher level, conformity schemes that focus on fire safety and certification for installing fire prevention products.”

Adel Alhaimi Interprets at UX Conference – this was during a private conference in Dubai which gave Adel a pleasant break from bigger events. Nevertheless, Simultaneous Interpreting is still challenging and requires intensive concentration. Adel takes a break during a recent UX conference in Dubai

The conference took place on December 6 and as this was a private event, we will simply give you a little bit of information about UX or User Experience design:

“User experience design (UX, UXD, UED or XD) is the process of enhancing user satisfaction with a product by improving the usability, accessibility and pleasure provided in the interaction with the product. User experience design encompasses traditional human-computer interaction (HCI) design, and extends it by addressing all aspects of a product or service as perceived by users.“

The venue was located in Dubai

Simultaneous Interpreting is one of Adel’s strong points and he delights in providing this service to clients from all sectors.